January 18, 2022 • By Benjamin Wilson
The estimated reading time is 8 minutes 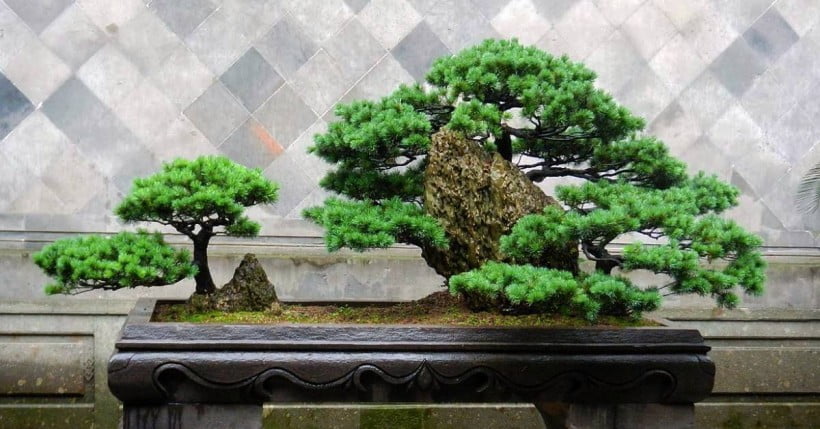 What comes to your mind when you first hear the word Bonsai? Is it an extravagant image of an Asian home decoration style or is it a humble gift that you expect from a person who respects you and cherishes you in a special way? Translated literally, the word “Bon-sai” (which is occasionally misspelled as Bonsai or banzai) means “planted in a container”. If it doesn’t sound exotic, imagine this, having the oldest bonsai tree as a special spiritual gift - a living tree in your own apartment! I know you still have no idea what the bonsai tree looks like or what it may represent, which is one of the reasons why people fall in love with them on first sight. Once you see what they look like, you realize they are a unique piece of art.(1)

What Is a Bonsai Tree Exactly(盆栽,)?

Once you look at a bonsai tree, you recognize its artistic origin. It all started in China, coming from old horticultural practices. Later on, this was influenced greatly by Japanese Zen Buddhism, so it is a mixture of cultures that have been present for thousands of years. Bonsai is a Japanese term coined to represent a vivid, real-like, and miniaturized representation of a tree as found in real nature. No one can plant a huge tree at home, but having a Bonsai tree gives similar enthusiasm. Bonsai trees are not genetically dwarfed plants, even though they are kept under a height of four feet (around 1 meter). Interestingly, any plant with a stem and branches can be put in a container and used successfully to create a Bonsai tree.(2)

What Is Special About The Bonsai Trees?

One of the things that make them unique apart from their stunning look and exotic feeling they give is the fact that they are super ancient. They date from the 6th century BCE and during that period, they have been coveted as symbols of care and dedication. A few of them have stood the test of time and aged in a special way. Not surprisingly, famous Japanese masters have made impressive collections of these trees. Here are a few examples and a marvelous detailed look at the oldest Bonsai trees in the world.

It is located at the Crespi Bonsai Museum in Italy. This Bonsai is extra special because it is considered the oldest one and the most expensive of this type. Don’t be astonished, but this tree’s age is believed to be around 1,000 years old.

The tree has an interesting history to note. At first, the tree had been taken care of by Chinese masters and shaped by master Shotaro Kawahara in Italy. Luigi Crespi, who is the founder of the Crespi Bonsai Museum, wanted the tree so badly that he fought over ten years to make it his possession. Finally, he succeeded in 1986.

Crespi and Alberto Lavazza took great care of this ancient piece of art. They founded the Crespi Bonsai Museum in 1991. The tree was then placed in a glass pagoda and of course, it was a real beauty for everyone to witness. 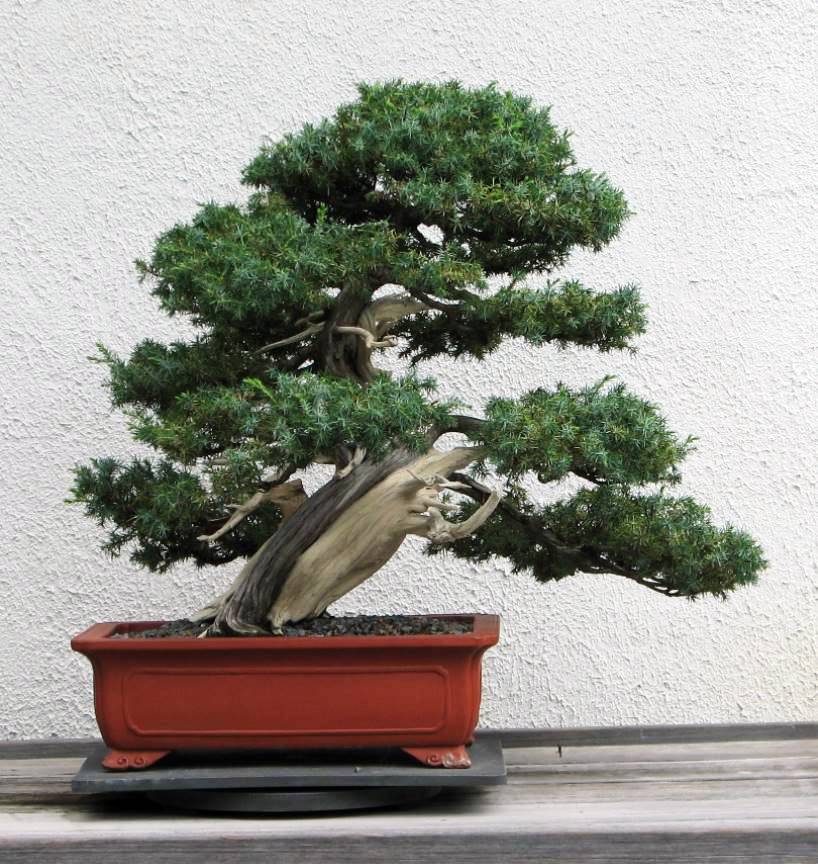 Another astonishing example of an old tree is the oldest-of-them-all, the Juniper Bonsai tree. It is 1,000 years old and the Keto family owns it. This tree has a Japanese story to tell. Once people found it in wild Japan, it was then tested and discovered to be even over 1,000 years old. The amazing piece of natural art is now located in the Mansei-en bonsai nursery and is owned by the Kato family.

If you haven’t heard of the Omiya Bonsai Village, think of it as a paradise on Earth. Six bonsai gardens are situated there and Mansei-en is one of them. The Kato family has been the garden owner since the 19th century. However, the public only had the first chance to witness it in the distant 1925. In the garden, you can find many Bonsai trees.

This is another example of an ancient tree. It is well-known for its high age, allegedly over 800 years old. In fact, the Shunkaen Bonsai museum is the home of two of the oldest Bonsai trees In the world, owned by Kunio Kobayashi. Needless to mention, the two rare trees are also highly expensive.

Their owner Kobayashi is also a legendary person. He is one of the most famous Bonsai artists of all time. He has been a master of bonsai art for more than 30 years. Moreover, he has won the highly-appreciated Prime Minister award in Japan four times.

In 2002, Kobayashi opened the Shunkaen Bonsai Museum to preserve and spread Japanese culture, including the art of Bonsai. In this way, he exhibited his work and the work of his apprentices. 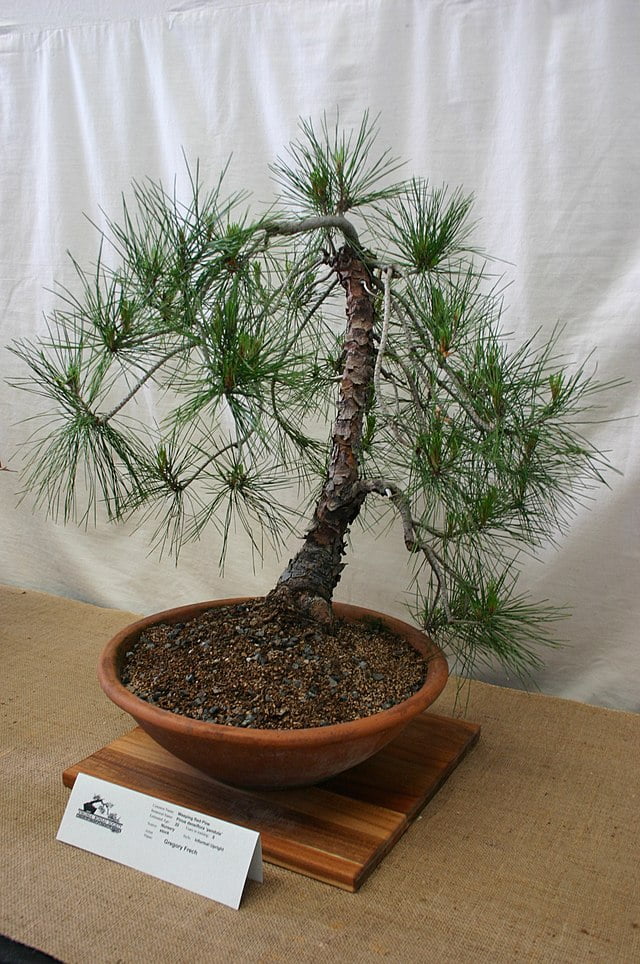 Located in the utmost beauty of Atami, Japan, we find the astonishing 600-year-old Red Pine Bonsai tree. Most specifically, it is located in Akao Herb & Rose Garden and it is believed to be among the oldest Bonsai trees found in the world. Moreover, it is also one of the largest, too. Thus, the Red Pine Bonsai is over 16 feet tall and over 30 feet wide.

Are you wondering why this tree is on our list? I was asking Google the same question. It is just astounding for this tree to be included here, but while its size is atypical for a bonsai, the red pine still qualifies as a bonsai tree. The reason is that it is still contained in a pot. Yes, dear readers, even though it’s massive in size, and there is additional support for its branches, this is a pot bonsai. Nature is indeed beautiful!

We are halfway through the list and you are still about to see the marvelously beautiful art of Bonsai. This one in particular, is located in Tokyo, Japan and is one dear part of the National Treasures of Japan. Let’s get to the strange name now. As you may have noticed, the name is a little different from the rest of the bonsai trees in the list. It is so because it’s unique. The 500-year-old tree was named after Shogun Tokugawa Lemitsu, who was an emperor. He owned the tree when it was allegedly 200 years old and since then, it was passed down from emperor to emperor over the years.

Home of the United Sates, the tree has been popularized since 2001, when the tree’s real history was finally revealed. It is believed to be around 393 years old. Masaru Yamaki donated the bonsai tree to the United States in 1976.

It was no ordinary donation but an extravagant 53-specimen gift. It’s so special that it has survived Japan's Hiroshima atomic bomb event during World War II. This bonsai tree can be found at the U.S. National Arboretum and we can safely name it “the survivor tree”.

Its history was unknown until two Yamaki’s grandchildren came to inspect the tree in 2001. Then, they informed the museum about the tree and how it was left unharmed. They provided the museum with video from the Yamaki Nursery.

Located in Cambridge, Massachusetts, USA, these trees are believed to be 150-275 years old and are a part of the Larz Anderson Collection of Japanese Dwarfed Trees at Harvard University’s Arnold Arboretum.

But how come these trees were brought to the United States? Anderson served as an ambassador to Japan and he was the one who brought back a huge collection of these trees in 1913. Well, we must be thankful for the amazing act of kindness.

8.   A Shohin Tree By Morten Albek Is The Smallest Bonsai Tree

Can you believe this tree is only 4’’ (10cm) high? Additionally, it is planted in a miniature rock. The famous potter John Pitt made it and the tree flowers in summer, whereas it has small red berries in the wintertime. It is absolutely tiny and beautiful.

Remember how bonsai trees were loved because they are a form of art and not only pieces of nature? The penultimate on the list is the perfect example of a special form of bonsai art, showing very realistic scenery. The Chinese landscape belongs to the Man Lung collection in Hong Kong and the trees are Chinese Bird Plums (Sageretia Theezans). An antique table displays miniature figurines and it’s absolutely stunning to watch.

Found in Central and South America, the Brazilian Raintree is as beautiful as its origin suggests. People consider it one of the tropical world's most beautiful and one of the most popular Bonsai subjects. 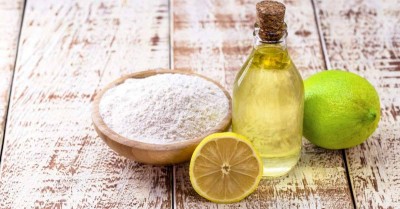 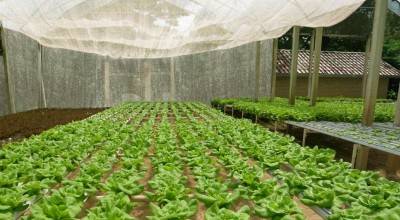 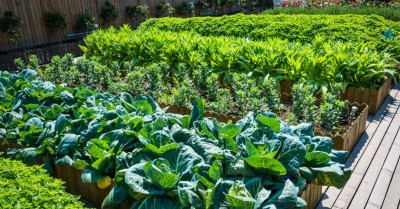 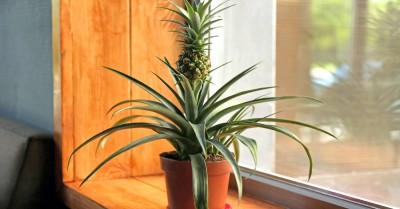