April 22, 2022 • By Penelope Torres
The estimated reading time is 9 minutes 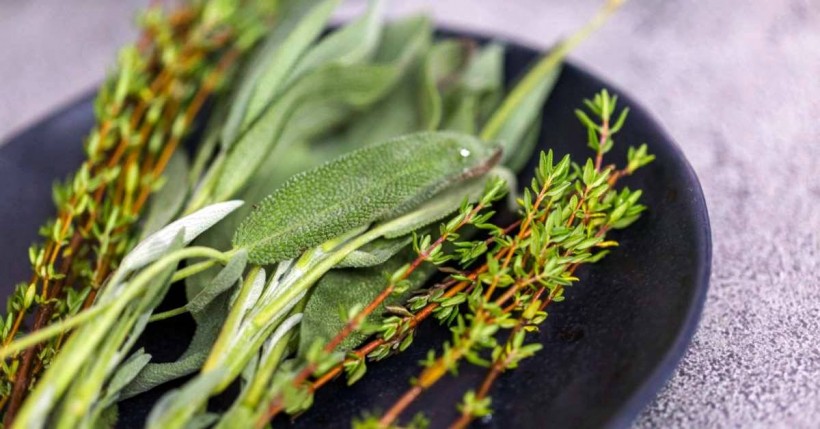 Have you felt unfocused, fuzzy, or tired lately? Your brain is constantly deciding, analyzing, or focusing and trying to process too much information, so it is not a surprise your mental energy sometimes decreases and your brain cannot work at its best. In addition, as we age, there are some phycological changes in the brain that can affect its mental function and certain parts of the brain shrink, especially the ones that are responsible for learning and complex mental activities. (1)

The loss of cognitive function is on rising and its most prevalent form, Alzheimer's disease is ranked as the seventh leading cause of death in the United States. (2)

Sometimes, they can interact with some prescribed medications, so it is important to speak with a health provider before taking them.

Moreover, nowadays, the hectic and stressful life can make you often feel confused, and you tend to lose focus and mental clarity.

This may be caused by lack of sleep, spending too much time in front of screens, and overworking.  This mental condition is called brain fog and is characterized by a lower capability to focus, forgetfulness, and lack of mental clarity.

On a cellular level, it can be produced due to hormonal imbalance and high inflammation. This brain fog syndrome may lead to some other health conditions such as diabetes, abnormal menstruation, and obesity.

The most common symptoms include:

You can treat the brain frog by changing your lifestyle and of course, there are many natural supplements and herbs that can help you to improve your brain function. There are myriad brain-supporting plants that have been used for thousands of years for mental clarity, improved memory, and better focus.

Ginkgo Biloba extract has anti-inflammatory and anti-oxidant abilities and may reduce the risk of Alzheimer’s disease, improve your mood, increase your mental energy, and improve your memory and focus that appears due to the hectic lifestyle of some chronic diseases.

It is a very common remedy for dementia used in traditional Chinese medicine, and it is proven that it can promote blood flow and stimulate circulation.

Most of the studies have given mixed results, but one study has found that it may improve the cognitive activity in patients with Alzheimer's disease and some mild cognitive disfunction.  (3)

What is more, one study found that it can also help patients who have neuropsychiatric symptoms like depression besides treating dementia. (4)

This plant is very popular in herbal medicine and is rich in anti-inflammatory chemicals known as ginsenosides that, according to one study, have the potential to act as neuroprotective agents. (5)

Many other studies have shown that it can improve the mental and physical performance of active people and has anti-fatigue properties. (6)

The proposed dosage for adults is 200–1,000 mg per day, but it comes with some potential side effects such as diarrhea, insomnia, and increased heart rate and blood pressure.

Rosemary is one of the best herbs for brain health. Rosemary has proven to prevent the brain cells die and defend your organism against neurodegenerative diseases. (7)

It is a strong,  aromatic herb and a potent antioxidant and promotes alertness, cognition, and memory. You can take it fresh or dried, prepared as a tea, and in combination with other seasonings.

One research conducted by North Umbria University has shown that students who worked in a study with the aroma of rosemary (in the form of rosemary oil ) achieved better results in memory tests by 5 – 7 % compared to other students. This is not a surprise, as even in ancient Greece, students wore rosemary garlands during their exams. (8)

This herb is a member of the mint family and is known under the scientific name Mentha spicata. This herb is used in cooking and grows in almost every climate. It can be found in different products starting from mouthwash to jams, and it is primarily used for digestive problems.

But, recent studies have shown that it can support the working memory of men and women with memory impairment related to age. (9)

Rhodiola  (Rhodiola Rosea) is known to be effective in treating physical deficiencies such as daytime sleeplessness, cognitive and concentration deficiency, forgetfulness, and decreased memory due to excessive work and stress.

It has been found by 23 researchers that the root of Rhodiola Rosea—more precisely, its compound called ferulic acid ester can improve memory and attention in rats and humans. Still, additional research is needed for a better understanding of these findings. (10)

Rhodiola Rosea is great support for people who have experienced burnout and physical and emotional exhaustion caused by prolonged stress. (11)

It can also improve impaired concentration and depressed feelings in people who suffer from burnout.  (12)

Sage (Salvia officinalis) is known as a sister herb of rosemary. Like rosemary, it contains rosmarinic acid, one of the main compounds responsible for brain health.

You can use it as an essential oil or as a herb or dried herb to make a tincture or tea to ease your stress and clear your mind. One study proved its effectiveness in people with mild to moderate Alzheimer's disease after 4 months period. (13)

In alternative medicine, such as traditional Chinese medicine and Ayurveda, Gotu Kola is used to improve mental clarity and focus.

Spices do not give just different flavors as food additives, they act as agents that prevent neurodegenerative processes that come with aging.

Turmeric, with its compound curcumin, has antioxidant and anti-inflammatory effects that are very important for brain health. This spice is used in Ayurveda for centuries for treating different types of ailments.

One study published in 2010, found that it can reduce the risk of Alzheimer's disease by clearing the brain of one protein fragment, called beta-amyloid. A high concentration of this protein in the brain can cause plaque formation and stop nerve communication and lead to Alzheimer's disease.

Turmeric is the main curry ingredient, so try adding turmeric to soups, vegetables, and stir-fries, and do not forget to add some black pepper to improve the absorption.

Brain-healthy herbs and spices on this list are great too.)

Saffron is an antioxidant spice with many neuroprotective benefits. One study in Iran has shown that it can be compared to some Alzheimer's drugs and it can be as beneficial as them after one year of use. (15)

Another study has also shown saffron to be effective in cases of mild-to-moderate symptoms of Alzheimer’s disease. (16)

Even though additional research is needed to prove its supportive brain capabilities, it is a very delicious spice that is worth adding to your diet.

Thyme is a very beneficial herb that promotes the formation of omega – 3 DHA in the brain and defense neurons ‘aging. Omega 3 fatty acids can improve memory, brain function, and mood.

Ashwagandha has been used in Ayurveda as medicine since antient times and has proved to be beneficial for brain function. (17)

One study in 50 participants found that after 8 weeks, taking 6 gr of ashwagandha root extract per day had very much improved their attention, information processing, and memory. (18)

7 Ways To Improve Your Memory And Brain Function Naturally

Fish oil is rich in omega – 3 fatty acids that are beneficial for overall health and protect you from cardiovascular diseases, improve mental clarity and relieve you from everyday stress. (19) They can also improve memory, especially in older adults.

Mediation can positively affect your health and is proven to increase the brain gray matter that contains neuron cell bodies and reduce stress and pain. (20)

If you lack sleep, it may affect your memory as sleep plays a key role in memory consolidation.

Get Your Vitamin D Levels Tested

If the level of vitamin D in your organism is low, it may lead to many health issues, including reduced cognitive function.

If you are socially involved, it means reduced stress and lower chances of getting depression, which contributes to memory loss.

Learn a new skill or a language

These are interesting activities and may help in building your brain connections. In addition, being bilingual means higher creativity, better memory and better spatial skills.

Side Effects Of Herbal Remedies

Herbs and spices are natural remedies, but they cannot act as a substitute for standard medications that you use for the treatment of a condition affecting brain health.

Adding herbs and spices to your food is very healthy, but taking them in concentrated form and in high doses may cause some side effects.

Turmeric, ginkgo, and ginseng supplements have a blood-thinning effect and people who take blood thinners or anticoagulants should be cautious with these supplements. Ginseng may also interact with some medications and cause changes in blood pressure.

Gotu Kola has been linked to damage to the liver in rare instances.