March 16, 2022 • By Penelope Torres
The estimated reading time is 7 minutes 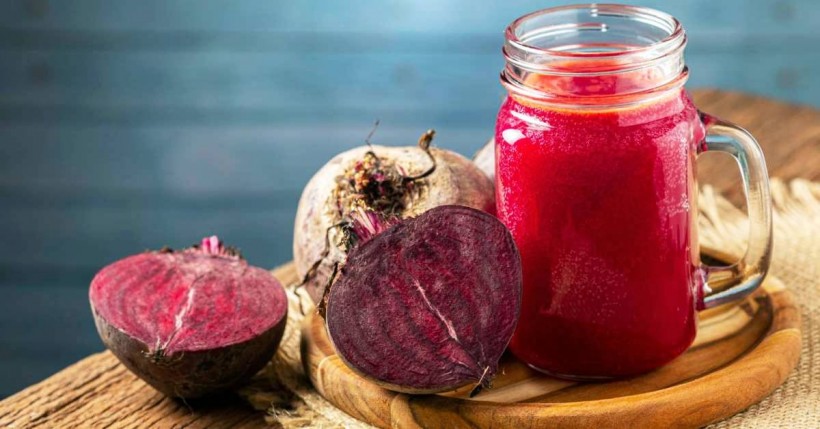 Fasting was used as a healing method for centuries, and even Hippocrates of Kos, the Greek physician, told his patients that eating while being sick is feeding the disease and fasting can clean the organism and achieve optimal health. Raw food is also recommended as natural medicine. It contains a lot of natural antioxidants and enzymes that can serve as a defense against all the toxins that come from our environment.

Plants also contain many phytochemicals that protect cells from damage as they are anti-inflammatory. In addition, they contain a lot of fiber that can prevent cancer and help you to maintain a healthy weight, which is an additional known risk factor for getting some types of cancer. One study led by researchers from Harvard School of Public Health found that consuming high amounts of fruit and vegetables may prevent breast cancer in women. (1)

This claim inspired Rudolph Breuss to develop his Total Therapy Treatment, a 42 – day rigid diet based on fasting and raw food and write a best-seller titled “Breuss Cancer Cure.”

Who Was Rudoph Breuss?

Rudolph Breuss (1899 – 1990) was an Austrian naturopath who invented a strict 42 – day diet of natural juices and herbal teas that can kill the cancer cells and simultaneously nourish your body. In addition, he offered non-conventional, gentle, and alternative treatment for cancer patients based on a fasting diet called Total Therapy.

He was inspired by an old German book that explained in detail the value of fruit and vegetables, and he decided to direct his work in that direction and worked on this cause all his life. He described the method in three books (Breuss 1990, Breuss 1995, Moerman 2004), but it is not known whether the publishing houses have left out or changed some parts of it while publishing it and translating it. Nevertheless, the books are still in use today and are translated into several languages (Chinese, Croatian, English, French, Greek, Italian, Polish, Russian, Serbian, and Spanish).

He was a self-educated and passionate man who cared deeply for the health of humankind and dedicated his life to discovering the alternative cure for all serious diseases. He considered that healing is how the body returns itself to its normal function without surgery or amputation.

Breuss claimed that it is the protein that promotes the growth and development of cancer cells.

Solid food is rich in proteins, and consequently, cancer can be destroyed by fasting and consuming organically cultivated vegetables, and he made an organic vegetable juice that is still used by cancer patients today.

The organic juice cocktail is made from the following organically-grown root vegetables:

The patient should drink 3 – 5 dl of juice per day rigorously for 42 days, more specifically for a period of 6 weeks. This drink is believed to detoxify and cleanse the body. Our organism will this way eliminate all toxins we consume by breathing, eating, or drinking. As a result, cancer will start to starve, be absorbed, and pass out of the body in time.

The cancer cells will start decomposing in the second part of the diet and lead to cellular rejuvenation.

In addition to the organic juice cocktail, these teas are included and recommended in the diet:

It is recommended to drink half a cup of kidney tea in the morning and one hour later take two cups of warm herb tea mixture made from Peppermint and Lemon Balm and St. John’s Wort.

Then in 30 minutes, take a small amount of the vegetable juice and 30 minutes later another sip of the juice.

Kidney juice is taken during the first three weeks of the diet.

You should take some juice every 15 to 30 minutes in the morning and just a few sips in the afternoon. At noon and before going to bed, take a cup of kidney tea.

Along with this, you should drink one-half cup of Cranesbill tea daily.

There are different kinds of teas for different types of cancer.

The diet excludes all fruit juices and contains no glucose or other sugars.

Breuss recommends that no other treatment should be taken along with this treatment and patients need to have a positive attitude and are stress–free and have healthy habits.

In addition, patients should spend as much time outdoors on fresh air, exercise, and get massages.

It is also mandatory to carefully monitor the bowel movements and use an enema if needed to eliminate the decomposed compounds from the organism.

Breuss also advised not to start this juice diet after surgery and wait several months to start using it after having surgery.

As for other Breuss recommendations, you should also:

This treatment can be used for losing weight as well.

You will need support from your family throughout the whole process and it is imperative to follow it strictly. Otherwise, it won’t give any results.

Breuss claimed that he cured over 45.000 patients from cancer, leukemia, and other incurable diseases throughout his career.

Unfortunately, this diet has not proved any clinical evidence until today.

Mainstream medicine doesn’t recognize this method and regards it as harmful. Moreover, Rudolph Breuss was taken to court in his eighties by the Austrian Medical Fraternity but was acquitted by his lawyer, who was one of his patients cured with his treatment. In addition,  other cured patients also attested to be cured by this treatment.

Most of the treated patients lost around 30 pounds during the treatment. Therefore, children, pregnant women, patients in the final phase of cancer and people with small body mass should not be treated with this diet plan.

There was only one study that was carried out in 1984 for eight cancer patients and it was related to this treatment. The authors found that patients felt better and experienced less pain after the treatment.

One patient died during the study and two others shortly afterward, but the authors stated that this was not related to the treatment.

Since then, no other study has been carried out to investigate this treatment.

Rudolph Breuss (1899 – 1990) was an Austrian naturopath who invented a strict 42 – day diet of natural juices and herbal teas that can kill the cancer cells and simultaneously nourish your body.

Breuss claimed that he cured over 45.000 patients from cancer, leukemia, and other incurable diseases throughout his career with his treatment.

Unfortunately, this diet has not proved any clinical evidence until today, as only one study was conducted to investigate its effectiveness. So, more research is needed to back it up scientifically.