November 15, 2019 • By Benjamin Wilson
The estimated reading time is 5 minutes 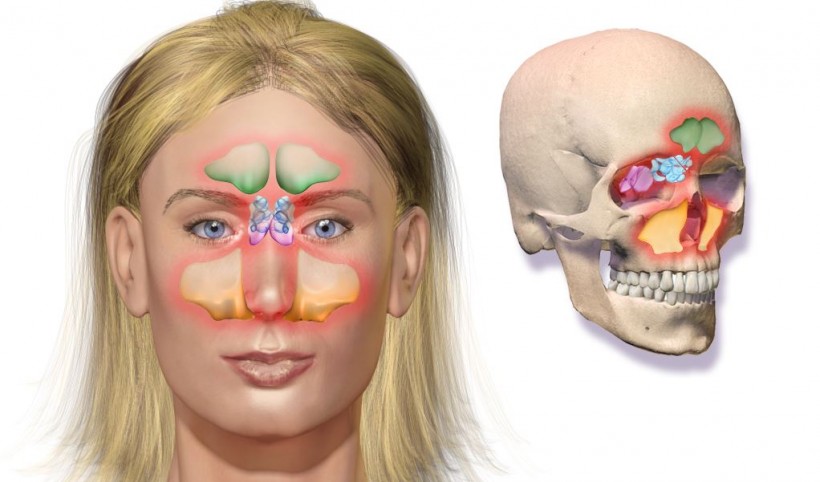 For those who may not be familiar with sinusitis, it is a condition that causes the tissues lining the sinuses to become swollen or inflamed. To further put this into perspective, healthy sinuses should only contain air. However, when they become blocked with germs, mucus, and fluids, they become infected. And this infection can give way to sinusitis. Sinus blockage, which can potentially lead to sinusitis, can be caused by any of the following:

Allergic rhinitis – This condition is often a byproduct of being exposed to allergens, which can cause the tissues inside of the nose to become swollen.

Common cold – When you develop a cold, bacteria, mucus, and air can fill the sinuses, causing them to become infected and swollen, which ultimately gives way to sinusitis.

Nasal polyps – This condition is characterized by small growths that form in the lining of the nose, which can cause irritation and swelling. Nasal polyps are usually the result of recurring infections or certain immune disorders. However, they can also be a byproduct of asthma or an allergic reaction to certain medications.

HOW COMMON IS SINUSITIS?

If you're struggling with sinusitis, you're not alone; according to the CDC (Centers for Disease Control and Prevention), nearly 30 million Americans develop the condition every year. And everyone experiences it differently. Sinusitis is classified based on how long the sinuses are likely to remain infected. That said, those who develop the condition are usually diagnosed with one of the following:

Acute sinusitis - This form of sinusitis is usually caused by the common cold and can last anywhere from 2 to 4 weeks. Symptoms of acute sinusitis can include

MANAGING SINUSITIS SYMPTOMS AT HOME OR AT WORK

In some cases, it will be necessary to be seen by a physician to relieve sinusitis symptoms, especially if they were brought on by a medical condition, such as a deviated septum, for example. However, for those with sinusitis symptoms caused by a cold or allergies, you will be happy to know that there are things that you can do at home or at work to provide yourself with some much-needed relief, some of which include

Nasal steroids - Dr. Samuel Becker, a sinusitis expert with Becker Ear, Nose, and Throat Center, notes that medications containing corticosteroids, such as fluticasone, triamcinolone, budesonide, mometasone, and beclomethasone, which are all available over-the-counter, are effective in relieving inflammation caused by sinusitis.

Nasal saline sprays – These products, like nasal steroids, are available over-the-counter and can help reduce sinus drainage and also flush mucus, bacteria, and allergens out of the sinuses.

Decongestants - Sudafed and many other over-the-counter decongestants can provide a great deal of relief from sinusitis symptoms. Studies show that these medications work by narrowing blood vessels in the nose, which, in turn, helps reduce the inflammation and swelling synonymous with sinus congestion. Decongestants are available in various forms, including tablets, liquids, and nasal sprays.

While nasal steroids, nasal saline sprays, decongestants, and pain relievers can be used either at home or at work, some sinusitis remedies should be relegated to home use only as they can be rather messy. Some of these at-home remedies include

Using a warm compress – Several studies show that placing a warm, slightly damp cloth or towel around your nose can help alleviate sinus press as well as facial pain.

Using a neti pot - For those who may not be familiar with this device, a neti pot is a container that is specially designed to help rinse away germs, mucus, and other fluids from the nasal passages.

WHEN SHOULD YOU SCHEDULE AN APPOINTMENT WITH A PHYSICIAN?

In most cases, taking over-the-counter medications and following the tips detailed in this article should be enough to resolve sinusitis symptoms. However, if symptoms persist after several weeks, it would be a good idea to schedule an appointment with your physician to determine if your condition is related to an underlying health problem. Some of the more common medical treatments used to treat sinusitis include the following:

If you're struggling with sinusitis symptoms that are causing you severe pain or making it difficult to breathe, you're encouraged to schedule an appointment with the Becker Ear, Nose, and Throat Center today, a medical group with offices in New Jersey and Philadelphia comprised of physicians, allergists, and immunologists that are all committed to improving the health of the patients in their care.