Turmeric And Ginger Benefits, Side Effects, Dosage And Drug Interactions 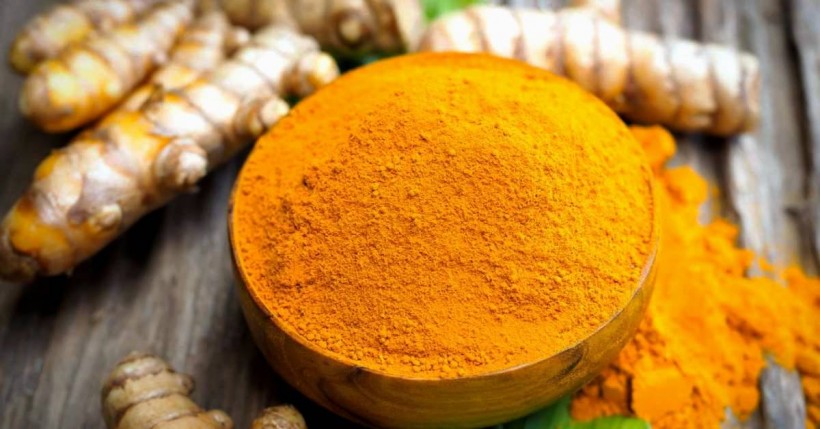 Ginger and Turmeric make quite a powerful culinary pair. Consumed for centuries and used as medicinal herbs in China and India, they spread to Europe and the United States and became a household staple for many.

They earned a reputation for being super healthy and are one of the most extensively studied herbs in herbal medicine.

They both have been consumed to treat morning sickness, like pain relievers, and to boost the immune system. (1) (2)

They are both flowering plants, and they grow beautiful flowers before they are harvested. They are both rhizomes or root stalks and are used mainly for pain relief.

Both, Turmeric and Ginger belong to the family Zingiberaceae, along with cardamon. They are both linked to Ayurveda practices. Turmeric is used to reduce and expel phlegm and kapha imbalance, while ginger is used for treating morning sickness and nausea. (3)

Turmeric’s compound called curcumin is widely known for its anti-inflammatory capabilities and it is very much commercialized. It can aid in treating and preventing many chronic conditions. (4)

Ginger, on the other hand, is also known for its anti-inflammatory properties and for improving blood circulation. Ginger is carminative, a herbal remedy for reducing and preventing gas formation and alleviating bloating. (5)

Ginger and Turmeric – Complementary Ingredients That Can Be Taken Together

They make a perfect and complimentary cooking and medicinal pair. In fact, they are both part of several types of curry powders. They give additional flavor to many stews, curries, smoothies, and juices. Turmeric has a milder taste and it can be used in higher doses compared to ginger, which has a strong, pungent taste.

As mentioned, Ginger and Turmeric are complementary and make a nice medicinal pair and this combination is a great supplement to support the healing of your body.

This tea can easily become your lifestyle and it is a delicious drink, having in mind the strong ginger taste. You can make it in higher doses and chill it in your fridge, and served it as iced tea.

This tea is prepared in seconds and it comes with numerous health benefits as:

How To Prepare It?

This healing tonic is more a tisane than a tea. It is a great comforting tea for winter nights, but you can drink it no matter the season and this elixir will soon become part of your daily diet menu.

You only need five ingredients to make this tea:

Is It Good To Take Ginger And Turmeric Every Day?

Turmeric and ginger are considered to be very healthy and therefore are recommended to be taken every day. You can swap your usual cup of coffee with a nice warming ginger turmeric tea. Still, drinking anything in high doses can be harmful and one cup per day of this tea is sufficient to cover your daily needs.

It is not advisable to drink it if you take medications for:

In addition, if you drink more than one cup per day, it may cause heartburn, gas, upset stomach, and burning in the mouth. If you take it as a medicine, you should speak to a health provider to find out what type of dose you need for your health condition.

Ginger is safe to be consumed, but if taken in doses higher than 5 to 6 g per day may cause some side effects as follows:

Ginger Side Effects For Underweight People, People With Hemophilia And Pregnant Women

Effects of ginger are quite rare, but it is not suggested to be taken in high doses (more than 5 g per day), and in some cases, it may cause serious side effects for:

Ginger is known to help people with weight loss and people who have diabetes. Therefore, undernourished or underweight people should avoid consuming ginger as it may lead to hair loss, menstrual anomaly, and decreasing weight even more.

It may cause premature contractions and increase the risk of bleeding. It may also prevent assimilation of some nutrients and dietary iron and maybe a concern if you take some other medications during your pregnancy.

However, you can use it in small quantities, as it may ease the morning nausea, but you should always consult your health provider before consuming it.

Hemophilia is a rare blood genetic disorder where the blood doesn’t clot, and it can lead to severe bleeding during injuries. You should avoid taking ginger if you suffer from this health condition, as it may worsen your bleeding problems. (13)

This is because it inhibits platelet thromboxane. This is a substance that platelets make that causes the blood to clot and constricts the blood vessels.

What Medications Should Not Be Taken With Ginger?

Ginger may interact with certain prescribed medications and if you take any of these medications, you should consult your health provider before consuming this healthy herb.

1. Antidiabetic medications such as ginger may lower blood sugar levels abnormally low, and you may develop hypoglycemia ( a condition that includes dizziness, difficulty talking, hunger, sweating, and loss of consciousness). You should talk to your doctor if you take:

3. Blood thinners may increase the bleeding and speak to your health provider if you take:

4. It may interact with some herbal medications that have anticoagulant effects and may cause excessive bleeding. These herbs include:

How Much Ginger Can Be Taken Daily?

Ginger can be taken fresh, dried, or prepared in a drink (tea).

The amount to be taken on a daily basis depends on the reason you are consuming it. If you are taking it orally as a medicine, you should always follow the labeling and prescribed dosage.

Some studies conducted found that when used for reducing joint pain caused by arthritis, it can be taken three times per day in a dose of 2 gr. (15)

Some consuming techniques have not been studied, such as rubbing the painful joint with ginger oil or inhaling the ginger water.

Turmeric and commercialized curcumin products are safe to be taken in daily doses or applied to your skin if used in recommended dosage.

Still, it may cause serious side effects in some people, and they should avoid it.

Certain people should take it with big caution:

1. People with diabetes as it may lower their blood sugar levels and provoke a low blood sugar or hypoglycemia and they should be careful when they consume curcumin. (16)

2. People with anemia as it inhibits iron absorption and reduces iron availability (17)

3. People with gall bladder issues as it is capable of contracting the gall bladder and may increase the bile secretion in the body. (18)

5. People who take blood-thinning medications as it may increase the bleeding and make the medications less effective.

6. Pregnant women should avoid taking Turmeric and curcumin during pregnancies in high doses and as supplements as they can lead to miscarriages. They can still enjoy their favorite Indian or Thai curry dish from time to time, but not very often. This is not scientifically backed up,

How Much Turmeric Can Be Taken Daily?

You can consume it regularly in your food on a daily basis, but the problem is when you take it as a supplement. The supplement is composed of almost 95 % curcumin, while the spice contains only 3 % of curcumin.

The World Health Organization (WHO) has determined an acceptable curcumin daily intake of 1.4 mg per pound (0–3 mg/kg) of body weight.

Still, if you want to take it as a supplement, you should talk to your doctor before taking it.