Home » Health » The Most Common Aging Effects of Alcohol

The Most Common Aging Effects of Alcohol

June 26, 2020 • By Benjamin Wilson
The estimated reading time is 4 minutes 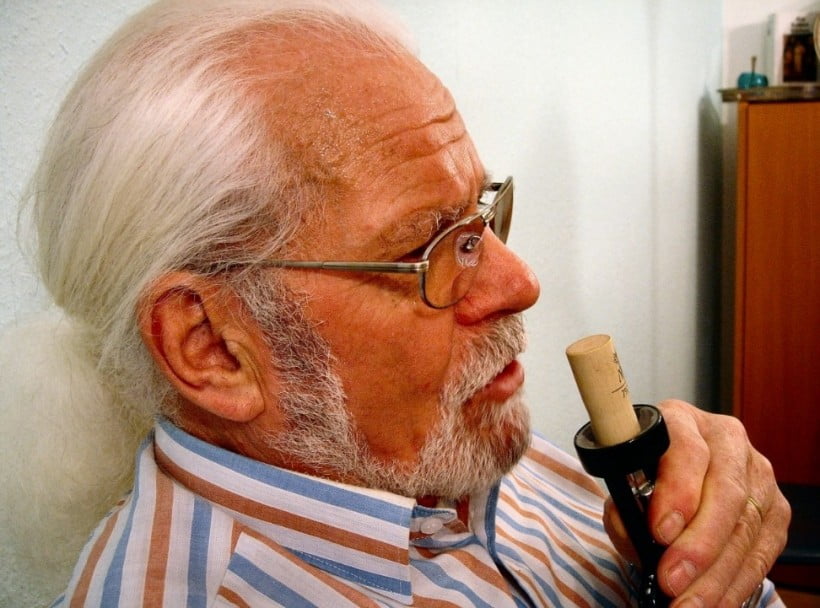 Heavily abusing alcohol does a lot of damage to your body over time. Heavy alcohol use takes its toll on every organ system of the body, but it does particular damage to the circulatory system, digestive system, nervous system, and immune system. Alcoholism also causes muscle weakness, and it even causes muscle atrophy in extreme cases. All of these damages to the body speed up the aging process. Here are just a few of the many complications that occur as a result of alcohol abuse.

The circulatory system gets hit hard by extreme alcohol use. Women are typically more prone to heart disease as a symptom of alcoholism than men. The following are common complications that are often seen in those who heavily abuse alcohol.

Drinking greatly affects your brain function. For example, you can detect a drunk person by noticing behaviors such as poor coordination, slurred speech, and difficulty to communicate. It is not surprising that long-term alcohol abuse causes brain damage. It specifically damages the frontal lobe which controls things like short-term memory, emotional control, and judgment when making decisions. In addition to this, alcoholism has been shown to negatively affect long-term memory as well. In extreme cases, alcoholism can cause Wernicke Korsakoff Syndrome.

Although Wernicke Korsakoff Syndrome can be caused by certain cancers, surgeries, and untreated eating disorders, the number one culprit behind developing this disease is alcohol abuse. This syndrome can make a sober living in Austin, and life in general, very difficult for those affected.

Here are some of the common symptoms of WKS.

The liver’s job is to remove toxins like alcohol from the body. As a result, chronic alcohol abuse damages the liver and creates liver inflammation and scar tissue. Over time this can cause liver disease, which is a life-threatening complication that causes the buildup of waste and toxins that should have been removed from the body. Because women take longer to remove alcohol from the body, they are more likely to develop the liver disease more quickly than men. (1)

Alcohol often causes dehydration and constipation, which effectively also causes ulcers and hemorrhoids. You must get ulcers treated early because internal bleeding can be deadly. If you have ulcers you may notice symptoms like nausea (with or without vomiting), diarrhea, and GI bleeding. The symptoms of hemorrhoids include itching, pain or irritation around the anus, lumps near your anus, pain during a bowel movement, and bleeding after a bowel movement.

Other Damages to the Digestive System

Alcoholism also damages the tissue of the digestive system, which hinders its ability to digest and absorb vital vitamins and minerals from digested materials. This can lead to malnutrition. The release of digestive enzymes from the pancreas can become affected as well, and the buildup of these enzymes can cause pancreatitis. Symptoms of alcohol caused digestive system damage are:

-An uncomfortable full feeling in the abdomen

All of these internal damages cause the body to prioritize what it repairs. This makes the bones more fragile over time and can make them more prone to breaking from events like falls. Muscles also tend to weaken as a result of prolonged alcohol abuse. This could be caused by lack of use due to hindered coordination as a result of intoxication or brain damage. In extreme cases, this can cause muscle atrophy.

These body complications also lead to a weakened immune system. This and the damages to the lungs that are often present in alcoholics lead to an increased risk of developing pneumonia or contracting tuberculosis. An estimated 10% of tuberculosis cases worldwide are linked to alcohol abuse.

Alcoholism also increases the risk of developing cancer. The most common cancers resulting from chronic alcohol consumption are the mouth, esophagus, colon, breast, and liver cancers.

All of these complications of alcohol abuse increase the rate of aging, and many of these effects are life-threatening and irreversible. However, you can prevent these damages from occurring or worsening by going through alcohol rehab and enduring an alcohol detox. Other drug addictions can increase these negative side effects, so it may be necessary to endure a separate additional drug detox in Austin as well. Remember to always approach these detoxes safely. Alcohol withdrawal symptoms can be deadly and tend to progress quickly. In patients, rehab facilities are most likely needed for alcoholics experiencing life-threatening complications that are a result of long-term alcohol abuse.