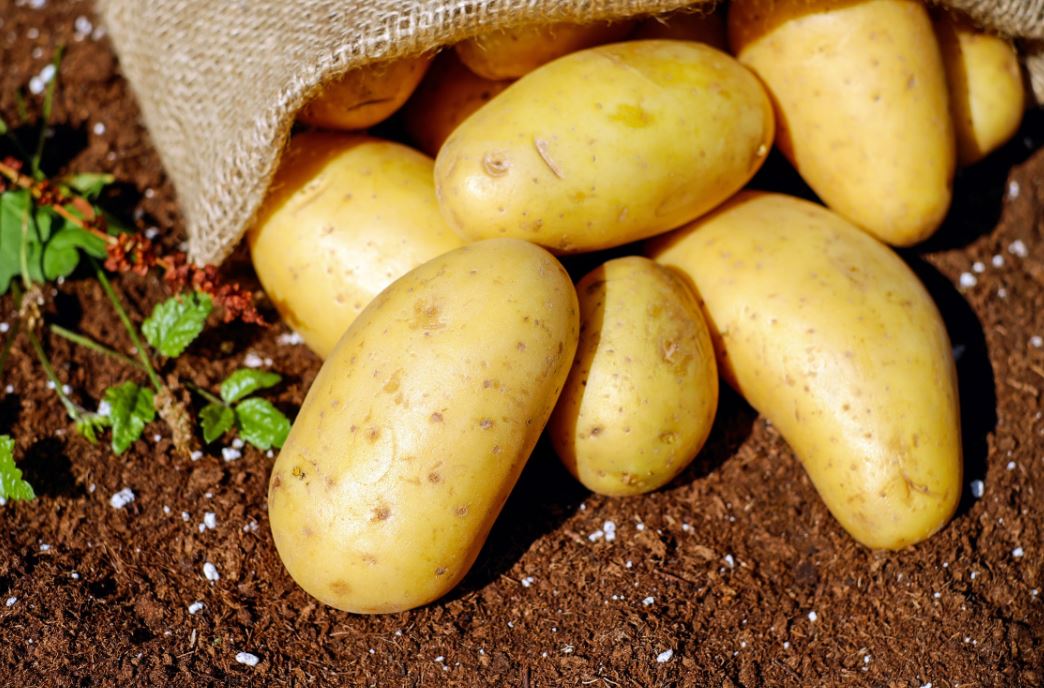 Although potatoes may look incredibly boring, they’re one of the most versatile root vegetables in existence.

Originally cultivated in South America around seven thousand years ago, they’re thought to have grown wild long before that. Early Spanish colonizers discovered the vegetable when they came into contact with South American civilizations who called it a batata – later to be mispronounced as “potato.”

With a long storage life, the potato was an attractive staple in a time without refrigeration. It made the journey from Spain into other European countries and further north as well, but it didn’t catch on; Europeans weren’t as crazy about it as we are today.

So what changed? The aristocracy decided that they were delicious. Catherine the Great, British governors, and Thomas Jefferson are just a few of the historic figures who had a hand in spreading the vegetable we all know and love today. With its ties to poverty long forgotten, the potato became a farmer favorite because it could be produced in such large quantities.

Today potatoes are served across all culinary levels – you can get an order of large fries from fast food restaurants such as Wendy’s or McDonald’s, or experience fondant potatoes at Michelin-rated restaurants.

No matter what your taste or background, chances are good there’s a potato-based dish that you’ll love. We’ve listed a few of our favorites here, requiring varying degrees of culinary experience and ingredients.

We’re starting off with a classic.

As you can probably guess, potato salads are a great addition to any gathering, and they aren’t too complicated to make. You can also tailor it to fit personal preferences, and we’ll list some additional options below.

2lbs potatoes (skin on for nutrients!)

Begin by boiling water, putting the potatoes in the pot, and reducing to a simmer for about 20 minutes. The potatoes should be on the firmer side, but still able to be penetrated by a fork. Drain the potatoes and let sit to cool.

In a bowl, add together the mayo, mustard, onion, garlic, and celery. Season with salt and pepper if you desire. Cut the potatoes into one-inch cubes and dice the eggs. Toss lightly with the other ingredients and refrigerate for at least three hours.

Here are some other options for spicing up the dish a bit: dill, parsley, bacon, spring onions, yogurt, apple cider vinegar.

You can also omit and substitute for ingredients that don’t fit your diet, such as the eggs or mayonnaise. Check out some vegetarian alternatives!

Latkes, otherwise known as potato pancakes, play a large part in many cultures, including the Jewish religion, Korea, Sweden, and Ireland.

Used as both a side and main dish, latkes will take about 15-30 minutes to make depending on the quantity you’re looking for. Here are the basics –

Salt and Pepper to taste

Grate the potatoes and onions, squeezing out as much liquid as possible. Combine with beaten eggs, flour, salt, and pepper.

Heat the oil and when ready, drop tablespoon-size helpings into the pan carefully. Fry until both sides are a crisp but light brown. Try sour cream and chives as a topping!

These croquettes are a great option for using leftover mashed potatoes. Similar to the latkes, a croquette is a small roll coated with breadcrumbs and fried. Here’s our recipe:

Start by mixing the egg into the mashed potatoes, and then adding onion, ham, and cheese. Stir to combine. Shape into small balls and flatten slightly. Coat each ball in breadcrumbs and plate them on a baking sheet; let sit in the refrigerator for 20 minutes.

Heat vegetable oil in a pan. Place the croquettes in the pan and cook until golden brown on each side. Serve plain or with ranch or sour cream.

Hint: take it to the next level with sliced jalapenos in the center!

A galette is a fancy name for flat, round cake of pastry or bread. But not all galettes require the pastry, and our recipe is simple but impressive if you have the time to devote to it. A potato galette takes about an hour to make – most of that time is spent baking it. Here’s what you’ll need:

Salt and pepper to taste

Dice the onions and cook in butter and olive oil until translucent. While the onions are cooking, slice the potatoes very thinly, using a mandolin if possible. Let the onions cook until caramelized. In another pan, add butter and oil. Layer potato slices on the bottom, overlapping, from the outside in. Add about 2 tbs of cream, season with spices of your choice (or just salt and pepper), and then spread a layer of onions and cheese on top. Repeat another layer of potatoes, and then the cream, seasoning, onions and cheese. Continue until all of the ingredients are used.

Brush the top of the galette with cream and butter. Bake in a 400 degree oven for about 40 minutes, then finish off at 350 for another 15. If you’re looking forward to a bit of crispy-ness, broil the dish for a few minutes until the top is golden.