Home » Others » Don't Order That Salad!

February 6, 2018 • By Penelope Torres
The estimated reading time is 4 minutes 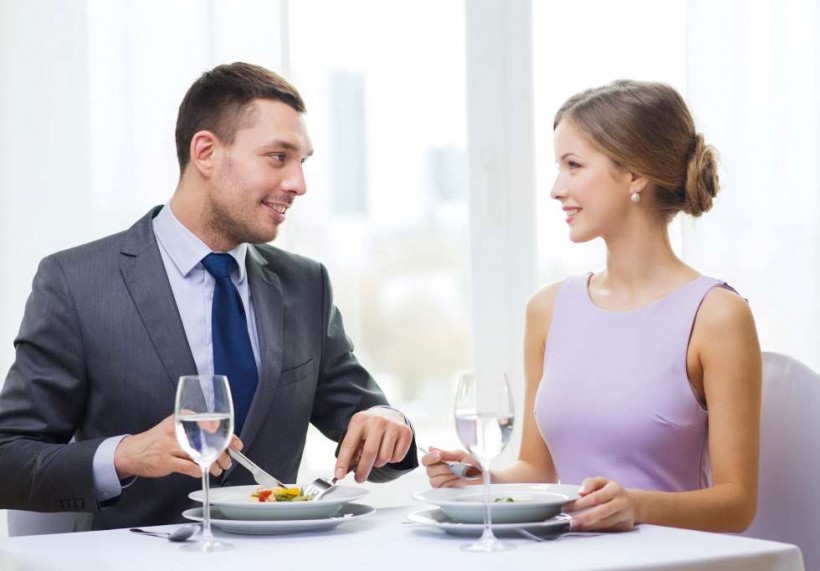 Whatever you do, don't order a salad on a first date. I fear that women feel pressured to peck, nibble, and suckle on leafy greens because they think they're being judged. Trust me; dudes can see the mozzarella stick lust in your eyes when you order that bowl of mulched vegetable matter.

Believe me when I tell you that we actually appreciate a woman who brings her appetite with her on a first date. If anything, it immediately puts a dude at ease. Here's a chick that can chill, and enjoy a deep-fried, battered onion. She's in control and is choosing to have fun.

A guy will pick this up and respond in kind. Trust that there's plenty of opportunity down the road to judge each other's table manners, diet, and waistline. Ignore the salad when you first meet. First dates are supposed to be fun. Have fun. Count Weight Watchers points later.

Hey, eating healthy is an admirable trait. I try to do it as often as I can. In my man fridge, you can usually find a small forest of condiments (including multiple bottles of hot sauce), beer, and hummus. I have proven my point. And no, I have never stumbled home drunk and eaten said hummus with my fingers. Yes, I have.

But I do like to eat right. This doesn't mean I don't marry my ass to the couch and inhale pizza or go gangster on an all-you-can-eat Chinese food buffet from time to time. When I'm alone, I try and eat light. Growing up, I was a chubbopotamus. I had, what you might say, a severe case of the fatties. I've done just about every crash diet, and I've learned over time, how to scale back my portions from "wheelbarrow" to "plate." Everything in moderation goes the old saying. And that's true. But in order to balance the universe, every sensible, low-carb meal must be countered at some point with something nacho cheesy.

There is nothing sexier than watching a woman smash her face into a gigantic, greasy cheeseburger. Dates should be about laughing and eating, getting a little tipsy and laughing more. (Then it’s making out.) A woman with an appetite is sensual. There is a direct correlation between food and sex. Both are genetic directives, and both are physical pleasures. So when I'm on a date with a chick and we're giggling, and she tears into a meal with passion and gusto, what I'm seeing is a person who knows how to let her indulge.

But on the few times, I've been out and the woman orders a salad or just an appetizer, I see a person fraught with insecurity. This isn't a deal-breaker by any means. But it's disappointing. It feels like her mind is not there with you, that she's too focused on a diet or her health to be in the moment. I'll wonder how she'll be in bed if she can't even let go a little on a date. Will she be reluctant to surrender to her desires, and go on a naked booty rampage with me?

I respect to discipline, and discipline can rule the rest of the day -- but not on a date. And I'm not advocating overeating; a double-fisting turkey leg is its own kind of a turn-off. But if we're at a fancy restaurant or a barbecue joint -- just don't order the salad. Embrace butter. Celebrate carbs. Don't be afraid to lick your fingers. Have a good time.

If the dude is weirded out by your healthy appetite, ditch him. A guy who can't find beauty in a woman attacking a plate of French fries is a pros a controlling, humourless troll who cannot unclench. Save the salad for lunch. Scarf brown rice and salmon post-workout. Reach for the sorbet instead of the quadruple-chocolate apocalypse when watching your various shows.

But when you're out with a dude, order what you want. Let's be honest: nobody "wants" a salad. Go for the fried chicken. We'll love you more.

Alex Wise is a blog contributor and featured publisher for Loveawake.com  - a place for single people to connect based on their common interests. He works with single men and women who feel like life is passing them by and helps them to get clear on what they really want and finally make their dreams happen. Through his tips and advice, Alex helps his clients simplify the process of taking back their power and creating an extraordinary life. During the day, Alex also works as a coach in the online marketing industry.  Follow him on the company site or on Facebook and Twitter